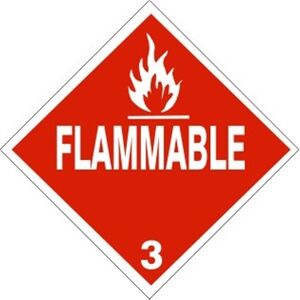 Burn damage, such as that caused by incendiary grenades, in the Star Frontiers RPG is a type of damage that has its own set of rules.

Acid, fire, and extreme heat cause burns, which are very painful. If a character suffers damage from burns that is more than half his/her Stamina[1] score, the character is completely incapacitated and unable to do anything until treated at a Hospital.[2][3]

Wounds caused by Laser Weapons[4] are not considered burns for purposes of this rule.

If a Freeze Field is not available, the incapacitated burn victim will need to pass a current STA check (minus burn damage) every 20 hours in order to prevent an S10/D5 infection. A daily dose of Biocort adds +10% to this STA check. A Medkit provides an additional +10% to the check, provided it can provide a full can of Plastiflesh and a full can of spray antiseptic every day. A dose of Omnimycin every day avoids the check completely. Once the infection sets, the medic can attempt to control infection as normal.

Staydose provides no benefit unless the burn victim’s STA is between 0 and -30.

Stimdose functions as normal (restoring 10 STA lost through infection), but does nothing to prevent the infection in the first place.

If reaching a hospital is out of the question, and an infection (whether controlled or not) is not present, a medic may attempt to reduce the amount of burn damage through minor or major surgery, although no damage is actually “healed” (i.e. STA points are not restored) in the process; the amount of burn damage is used as a base calculation (less than 20 points may be addressed through minor surgery; 21 or more requires major surgery) and the surgery is performed as normal[5]; every 10 STA of target burn damage “healed” through the surgery converts 1 STA of burn damage to normal damage (actual amount converted depends on the amount of Biocort available; 1 STA per dose).

Only one surgery (major or minor) can be performed every 20-hour period. Once burn damage is equal to, or less than, the burn victim’s total STA, damage can be healed normally[6]. Major or minor surgery to reclassify burn damage cannot be combined with surgery to heal normal damage.

Retrieved from "https://starfrontiers.fandom.com/wiki/Burn_Damage?oldid=9999"
Community content is available under CC-BY-SA unless otherwise noted.