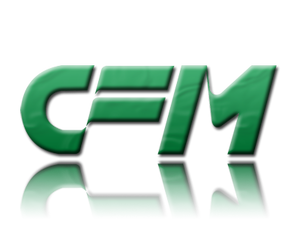 The Capellan Free Merchants is a union of small companies that protects its members from mega-corps. This unusual conglomerate of retail outlets, distributors, manufacturers, and trading ships is much larger than most Frontier citizens realize. It specializes in the sale of exotic items, which can usually be found nowhere else but in a CFM shop, as well as in rentals.

This renting or leasing of equipment to its members (at a flat rate) and up to nonmembers (at the going rate plus 20% per month) is extremely lucrative and has been a thorn in other mega-corps' sides for years.

Although there are members of every known race in the CFM, the most recognizable members of this conglomerate are the Ifshnits from the Capella system of the Rim Coalition. These tiny merchants operate hundreds of planet-hopping trading ships that ply the spaceways with their wares.

The Free Merchants have a clear understanding with Trans-Travel and will only transport their own materials and personnel on their ships. The Capellan Free Merchants usually do not open a shop under their name, but prefer the anonymity of a front organization. Because of their long domination of Rim society, they do not necessarily feel constrained by the niceties of law.

Any being can belong to the Free Merchants, but he must pass a five-year apprenticeship program first. Entry into this program requires sponsorship by an already established Free Merchant. The Capellan Free Merchants have been known to venture beyond known space in search of new and exotic items.

Headquarters: Red Islan, Faire, Capella
Chief Executives: The Council of Twelve, a revolving membership drawn from Capellan elders who have been Free Merchants.
Subsidiaries: None

Retrieved from "https://starfrontiers.fandom.com/wiki/Capellan_Free_Merchants?oldid=13609"
Community content is available under CC-BY-SA unless otherwise noted.