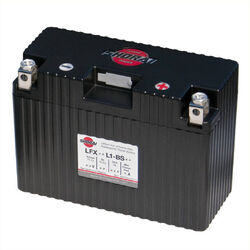 Parabatteries are active-matrix power storage devices that are used in vehicles, computers and robots. They vary in size from a fist-sized cube,[1] to one cubic meter block.[2][3] The cost to recharge a parabattery at a commercial recharging station is equal to the amount of the SEUs being recharged, times 5 cr.

Unlike Power Beltpacks and Backpacks, parabatteries are not equipped with multiple ports for quick connections, instead, they must be linked to devices through dedicated connections.

All vehicles listed above can travel 1,000 km on a new parabattery before it is out of energy and must be recharged.[4] (A glijet does not use a parabattery; its range varies with fuel use, altitude and air currents.)

Most robots use a single Type 1 parabattery, while heavy duty and anthropomorphic robots use a Type 2 parabattery.[5][6] Level 1 to level 4 computers are commonly powered by parabatteries of the same type as the computer's level. Level 5 and 6 computers generally use power generators type 1 and 2, respectively. Computers will operate for at least one year at full capacity before their (baseline type) batteries must be recharged.[7]

Parabetteries may be recharged at public recharge stations at a cost of 5 Credits per SEU, or directly from a Power Generator.

An exploding parabattery causes 2d10 points of damage multiplied by the parabattery's type to anyone in close contact with it.

Retrieved from "https://starfrontiers.fandom.com/wiki/Parabattery?oldid=8757"
Community content is available under CC-BY-SA unless otherwise noted.