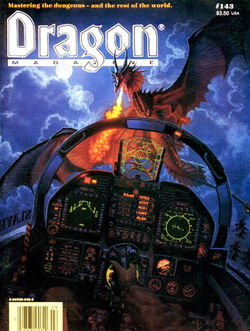 Since its inception, Star Frontiers featured prominently in role-playing game trade publications, from TSR’s Dragon and Polyhedron, to some of the less known local magazines. Herein, these articles are catalogued for reference.

An article in the 1998 Annual issue included conversion rules and advice to run Star Frontiers under the Alternity rules, which had been released by TSR (under WoTC) that same year as their flagship Science Fiction game ruleset.

The official RPGA (Role Playing Gamer’s Association) publication had a lower circulation than Dragon, but between November 1982 (issue #9) and 1986 (issue #31), no fewer than 22 articles featured Star Frontiers, including twelve “Dispel Confusion” Q & A columns.

Prior to becoming a section on Dragon Magazine, Arēs was a fully independent magazine devoted to science fiction gaming. After issue #11, it was bought out by TSR, which published an additional six issues before turning it into the science fiction section of Dragon. The last independent issue (#17) was published early in 1984 and included two articles relating to Star Frontiers.

Retrieved from "https://starfrontiers.fandom.com/wiki/Star_Frontiers_Articles?oldid=9032"
Community content is available under CC-BY-SA unless otherwise noted.