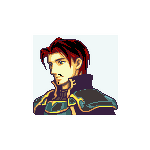 I didn't get to play much of Star Frontiers in person but online I've managed to introduce a forum based RPG group to Star Frontiers. While Gamma World is currently more popular among them I've continued to build the setting for the group. As I lacked any information except the Expanded Game Rules what I built for the RP group differs quite a bit from official published material. For example, I went with the Pan-Am influence regarding the Pan-Galactic corporation's name and rolled with that. If you are interested in what I've done (which is still under construction) you can find the details here.

Retrieved from "https://starfrontiers.fandom.com/wiki/User:Baron_Joshua?oldid=13022"
Community content is available under CC-BY-SA unless otherwise noted.